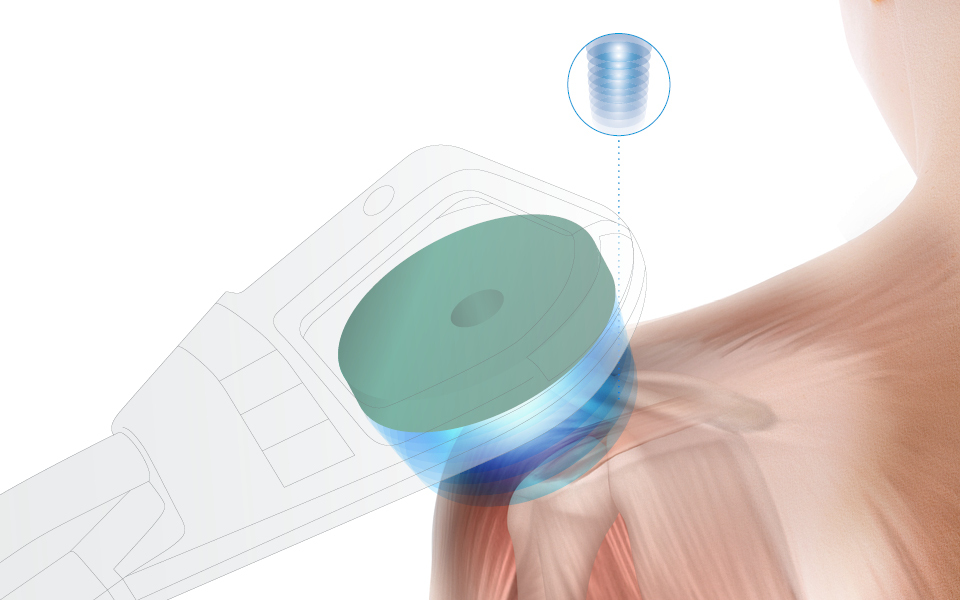 Despite the abundant research in fracture treatment, an important percentage of patients continue to experience delayed fracture consolidation and non-unions (1). For this reason, new invasive bone stimulation therapies have been introduced (such as percutaneous electrical stimulation), as well as non-invasive strategies including particularly pulsed electromagnetic field (PEMF) therapy (2). Different studies have evidenced the effectiveness of PEMF (1,3), though there have also been contradictory findings (4). Nevertheless, a recent meta-analysis has demonstrated that PEMF increases the bone repair rate and is effective in alleviating fracture pain (3).

Pulsed electromagnetic field therapy involves the use of a coil in which an electric current generates a magnetic field, which in turn induces a flow of electrical charges within the biological tissues (5). In 2018, Yuan, Xin & Jiang (6) reviewed the principles and cell action mechanisms involved in bone repair based on PEMF therapy. Basically, PEMF produces a piezoelectric effect from which cell repair stimuli are generated. The same phenomenon is triggered by the mechanical loads to which bone is exposed, and which provide the stimulus needed to initiate the biological response. This response involves different signaling pathways (Ca+, WNT/beta-catenin, MAPK, FGF and VEGF, TGF beta/BMP, among others), which depend on the electrical gradients that are generated by the application of PEMF. According to the authors, the molecules and their respective signaling pathways increase the number of osteoblasts and their maturation, and increment endothelial cell proliferation and tubulization - both phenomena being essential for osteogenesis and angiogenesis. On the other hand, the magnitude of the generated electromagnetic field exerts a direct influence upon the resulting piezoelectric effect. Likewise, this effect depends on the tissue surrounding the lesion site. Consequently: What would happen if we treat a fracture with a high-intensity electromagnetic field?

Pulsed electromagnetic field therapy is regarded as a low-intensity technique, since the devices used normally generate field amplitudes of 5-500 mT (7). In contrast, high-intensity systems normally exceed 1 T. For example, the Super Inductive System (SIS) from BTL Industries generates a magnetic field of 2.5 T that confers great penetration capacity and potency of effect. Both the high- and low-intensity systems operate within a low frequency spectrum, thereby eliminating the possibility of anyheating effect. It should be mentioned that low frequencies are able to generate action potentials at a certain intensity. However, Low-intensity PEMF devices are unable to produce depolarization, since the wave amplitude is very small. On the other hand, high-intensity systems such as the SIS are able to produce depolarization and thus trigger motor and/or sensory responses. Thus, in addition to activating the aforementioned signaling pathways, the SIS can active muscles and generate analgesic effects with peripheral nerve stimulation. With regard to fracture treatment, considering the amplitude of the wave, the same signaling pathways can be expected to be activated, though in a more efficient manner (this implies a significant shortening of the treatment time, as well as amplification of the intended effect). The treatment times described for conventional PEMF systems range from 30 minutes to one hour (3), while high-intensity devices such as the SIS achieve the same effect in 10 minutes.

Pulsed electromagnetic field therapy has been used for decades to treat fractures, shortening the repair times and favoring consolidation in delays and non-unions. High-Intensity Pulsed Electromagnetic Field systems have been developed in recent years, including the SIS from BTL Industries. In addition to achieving the same effects as the traditional PEMF devices, this system offers other advantages (motor and sensory stimulation), as well as a significant shortening of the treatment time and greater magnetic field penetration capacity. These qualities define the SIS as an efficient and effective device as a coadjuvant to the treatment of fractures, delayed consolidations and non-unions.