A sports teacher from Bucharest writes history with his own body

PAUL GEORGESCU, THE FIRST MAN IN THE WORLD TO SWIM A MILE IN THE POLAR CIRCLE, USES BTL PRODUCTS

"Dedication, hard work and belief are the key to a balanced and successful life." 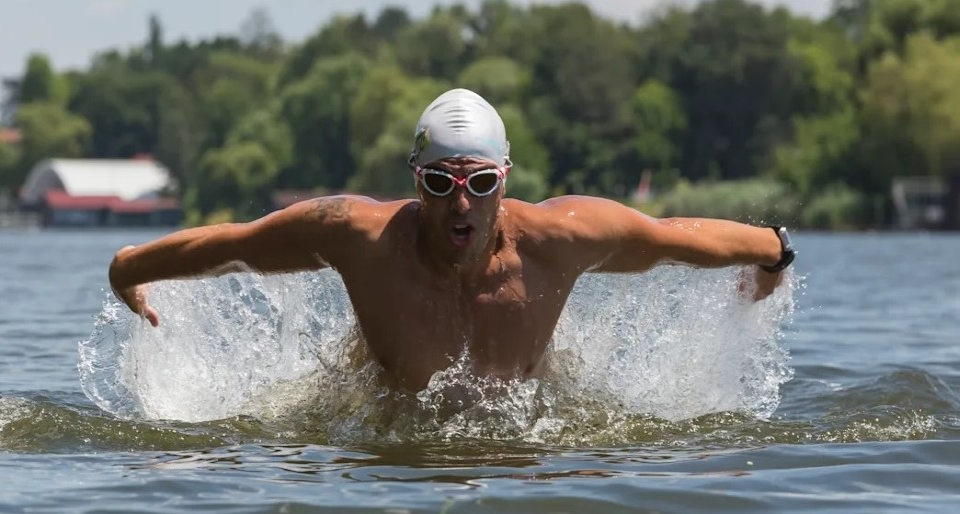 With sports being such a major part of the world in almost every culture, it’s no surprise as to why we hold athletes to the standard we do as role models in society. A lot of the time we put athletes in the same light or even above politicians, religious leaders, and activists. Why do we do that? Because we feel inspired.

Here’s Why Athletes Inspire Us So Much

Most of us will never play like Roger Federer, Rafael Nadal, or Simona Halep, we won't enjoy the celebrity of Cristiano Ronaldo, Neymar, or LeBron James and won't have the genius of Lionel Messi, but we will get inspired by them to achieve our own greatness. And how grateful can we be to treat world-class athletes, popular all over the world, and to make them friends?

Paul Georgescu is a teacher of physical education and sports at a private school in Bucharest, a former performance polo player at the Steaua București team, and the most famous open water swimmer in Romania. Two years ago he decided to test his limits in the icy waters of the world and since then, he is the world champion who breaks record after record. He uses BTL products for recovery and, despite his reputation, is one of the most humble people we have ever met.

What should we know about Paul?

Paul Georgescu is the fastest Romanian who crossed the English Channel without a neoprene suit in 2016 (with a record time of 13h 34 ′) and holder of the title “Triple Crown” (English Channel - 54 km, Catalina Channel, USA - 35 km and Manhattan Island, USA - 48.5 km), and his biggest dream was to complete the project "Ocean's Seven" by 2020, the equivalent of "Seven Summits" of climbers who managed to conquer the 7 great peaks of the world. Unfortunately, the pandemic stopped him for the moment and made him move towards the records set in the country.

Paul Georgescu became the first Romanian to cover a distance of 1 mile (1,609 meters) in icy water (3.2 degrees Celsius). In March 2019, he became world champion in Ice Swimming (500 m), winning the first medal in history for Romania at such a competition. Also last year, on August 27, Paul Georgescu triumphed with his students, with ROMANIA, the first Romanian relay to swim across the English Channel. It was a historic premiere for Romanian swimming in open water: in 10 hours and 25 minutes, the ROMANIA relay covered 43.4 km in the English Channel, at only 18 degrees seawater! The ROMANIA relay swam for children with serious illnesses from MagiCAMP.

This year, on February 22, Paul Georgescu managed the unique performance, within the project "Antarctica 2020 Swim", to swim a mile (1600 m) in the icy waters of the Arctic Circle, in Antarctica, in 22 minutes and 44 seconds. He broke three other records: he set the fastest time in a mile at the Arctic Circle (Cath Pendleton of Great Britain also swam a mile in 32 minutes and 54 seconds), he was the swimmer with the fastest mile in Antarctica, and the athlete who swam the fastest extreme mile called "Ice Zero" (the water temperature at the Arctic Circle was 0.1 degrees Celsius). Paul Georgescu is one of the 33 swimmers from all over the world who swam at least one kilometer in icy waters.

Today, June 29, Paul starts a 100-kilometer water ultramarathon in the pool, without break. Estimated to last 26 hours, the race is the second-longest distance swam by the athlete after the 104 kilometers swam in the Danube. "I do not want to set any record. It is a "tribute" to the Romanian Swimming and Modern Pentathlon Federation for its efforts to reopen the pools during the pandemic. They translated dozens of studies and researches that tried to convince the authorities that the risk to transmit the virus during swimming is extremely small. I think generations of athletes have been saved, and our elites had the opportunity to train," Paul said.

Steven Munatones, head of WOWSA: "I'm extremely impressed. Paul is a true example of an explorer and adventurer. He combines his love of extreme adventure with his talent for swimming. In other words, he's not only capable of extreme ultramarathons, but he swims very fast during these challenges. These are two extremely rare qualities." 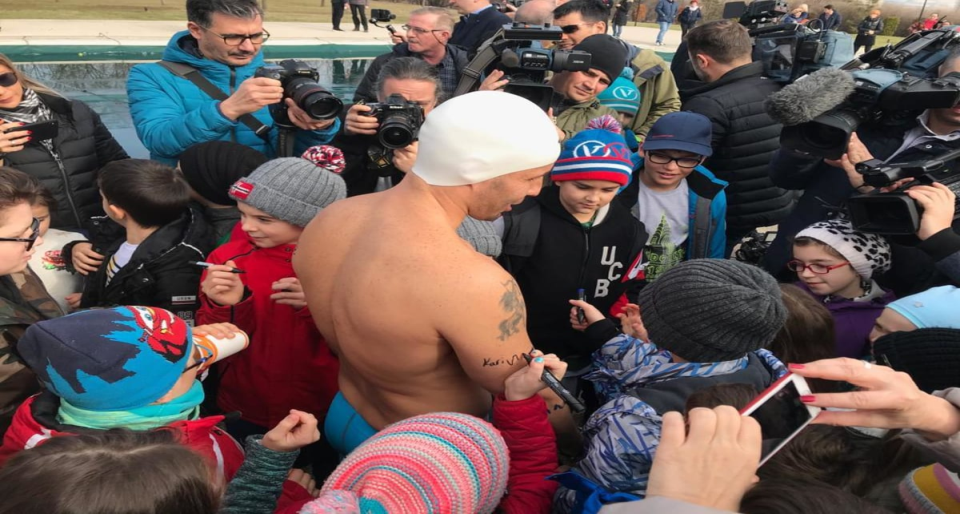 What keeps Paul in the game?

The love for children and the passion to test his limits: “I wanted to prove that our body has incredible limits. It's all about getting it out of the comfort zone." When Paul reaches his limits, he remembers the children and the lesson he taught them countless times: "Anything is possible when you want it with all your heart." In the hardest competitions, he asks them to write their names with the marker on his arms so that he can see them as he swims. "Is the strongest reason to not give up. Their trust in me is all I need to get to the end."

Athletes inspire us to do more, to live our best life and to go after what our hearts desire. There are not too many people that are courageous enough to fight for what they really want in life, but many athletes are cut from that cloth.

They light a fire in us and help us see that this is the only life we have; we have to live it the right way. More than anything, athletes inspire us to have a passion for something in our lives and to pursue that passion. Life is meaningless without it.

People look up to athletes because of all of these things. Most people won’t ever become professional athletes, but what athletes subconsciously give us is invaluable. Sometimes we forget that they’re really no different than us. They’re just people who knew what they wanted in life and went out to make their dreams come true.

"Congratulations Paul! You are a true inspiration to us all and to all the kids who were trained by you and who received the lesson of a life lived with great courage. Good luck today! The BTL team supports you with confidence and admiration!" 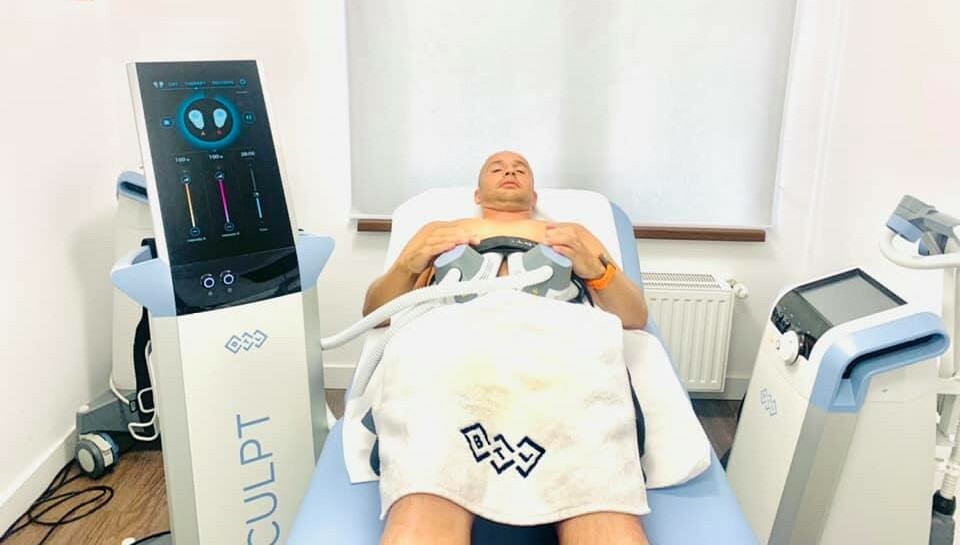